Understand ‘Green’ Investing and 3 Simple Ways To Do It Well 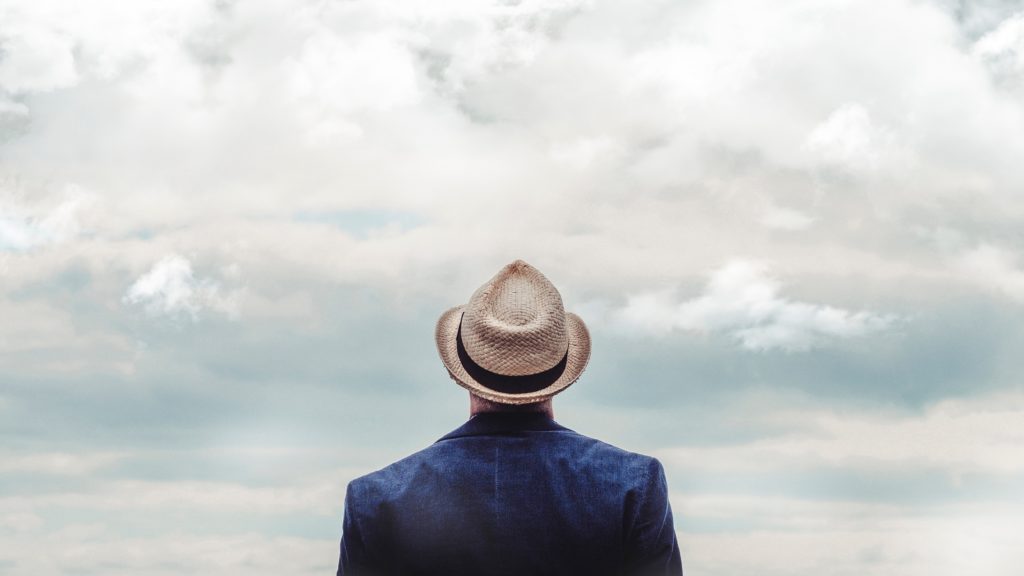 Some of this codification is a little misleading. Not every ‘green’ investment description means the same thing.

These are the most relevant ‘green’ groups. We’ll take a careful look at each.

By the end of this article, you will feel clearer about which stripe of ‘green’ reflects your own investment values and goals best.

But before that, let’s clear up one prejudice.

Some think that if they invest in ‘ethical’ funds they are giving something up. Like performance. “It’s not the case,” says AdviceBridge’s James Hoare.

‘Ethical’ funds were born in the 1980s. They used something called ‘negative screening’ to filter out companies they wanted to avoid.

They steered clear of ‘bad’ or ‘sin’ stocks such as companies connected to weapons or tobacco products. 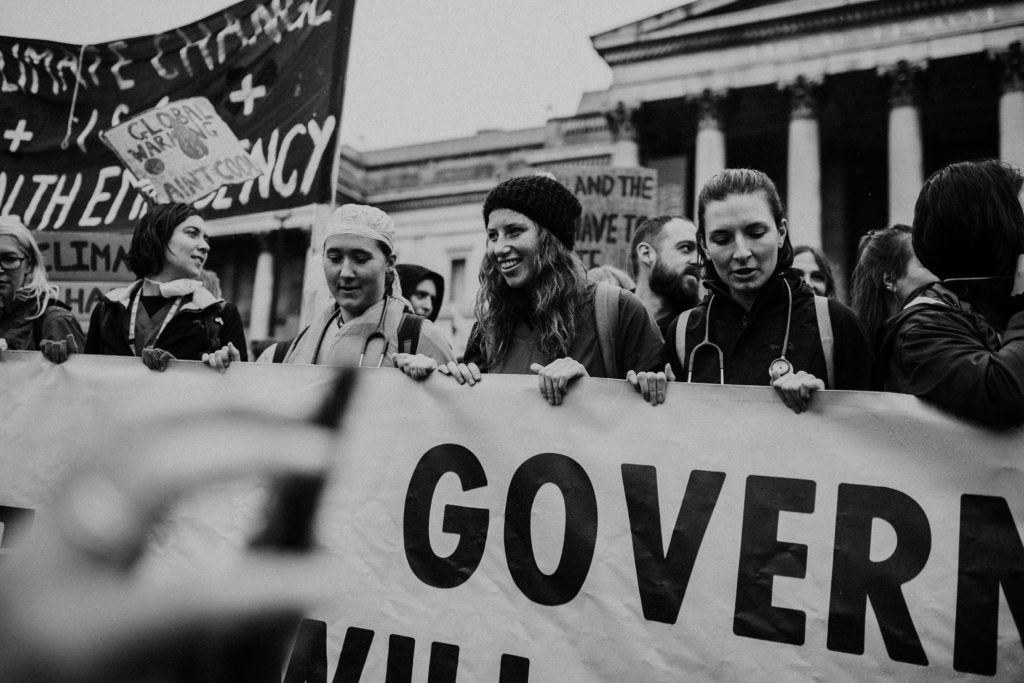 Which can include a number of other conviction subsets too: human rights, gambling and labour force practices, for example. Also adult entertainment.

Ethical funds, then, are underpinned by a strong moral element. As we’ll see shortly, they take a harder or purer line on social and environmental issues compared to, say, ESG stocks.

Why are ‘green’ funds difficult to understand? 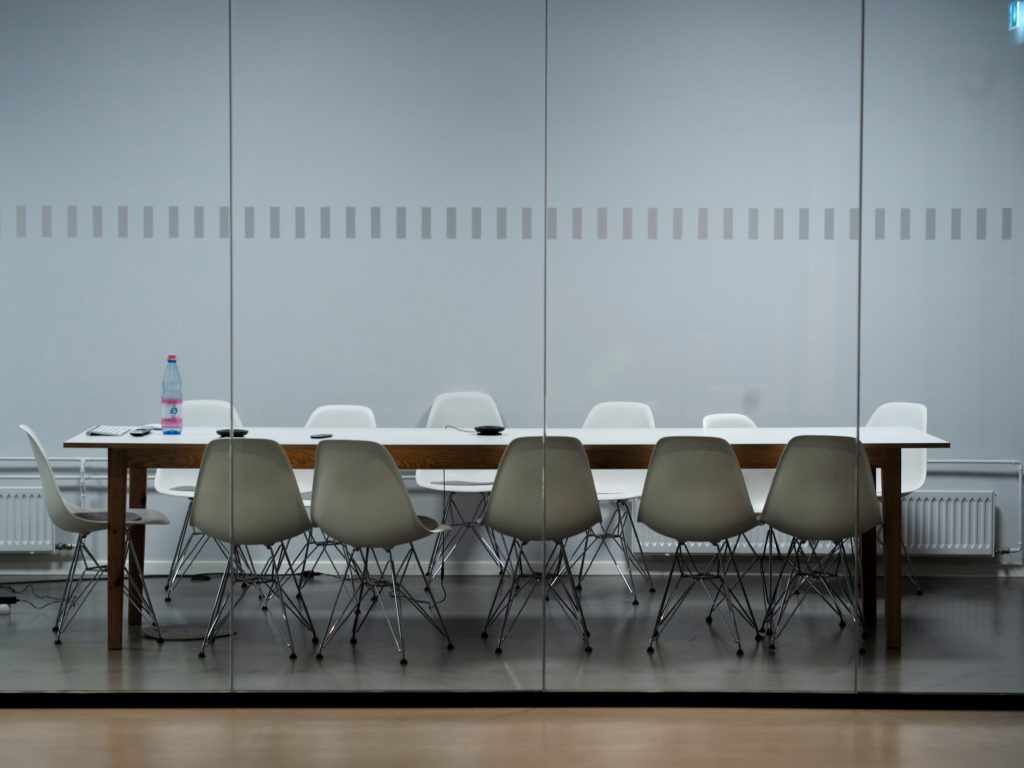 The ESG acronym stands for Environmental, Social and Governance. This sober-sounding title means an ESG fund might invest across different sectors and categories – perhaps sometimes in ‘sin’ sectors like fossil fuels – while still being ‘a force for good’.

Ethical-lite? That would be simplistic. ESG funds, you might say, take a mindful approach with a strong emphasis on the ‘change’ process. For example, an ESG fund manager may want to invest in a company that could do better.

This fund might lobby its board and deploy its voting muscle to force change through, albeit in a disruptive way sometimes. Excessive boardroom pay, for example, is a red flag for many ESG fund managers. 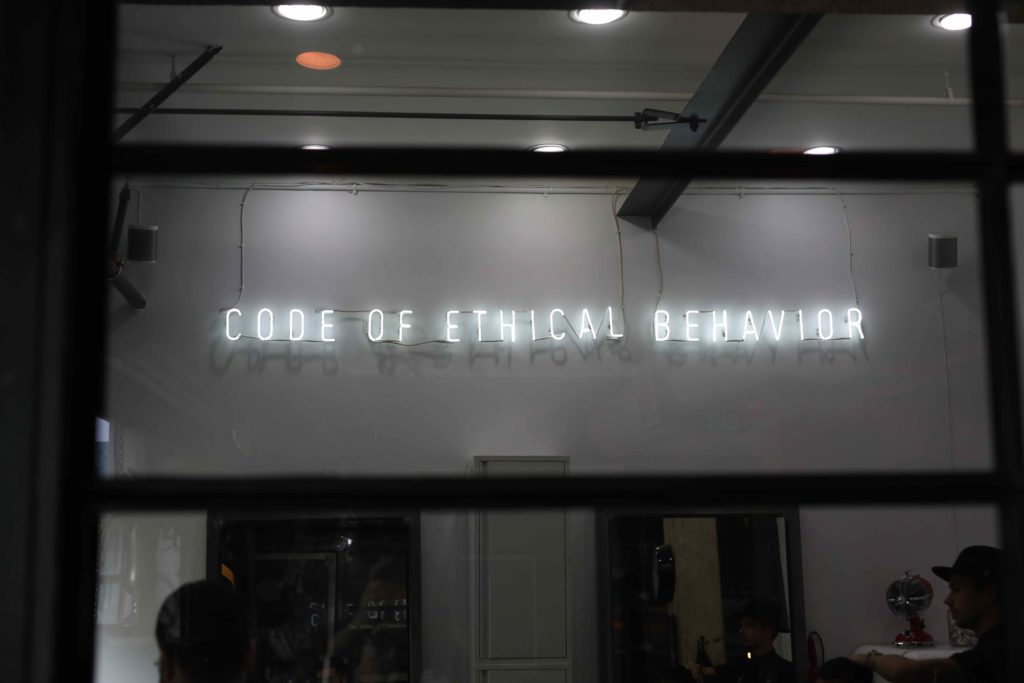 ‘Ethical’ can be a loaded word and may mean different investing approaches – handle with care; Photo credit: Nathan Dumlao

You might want to invest in a company like BP because it’s basically well run, points out AdviceBridge’s James Hoare. So while it might be digging up fossil fuels, it will have a high ESG score.

Strong governance is often a signpost of well-run companies. But turning a poor-performing company into a robust performer also has profit potential – which some ESG fund managers will want to take advantage of.

Do no harm – responsible investing is older than you think 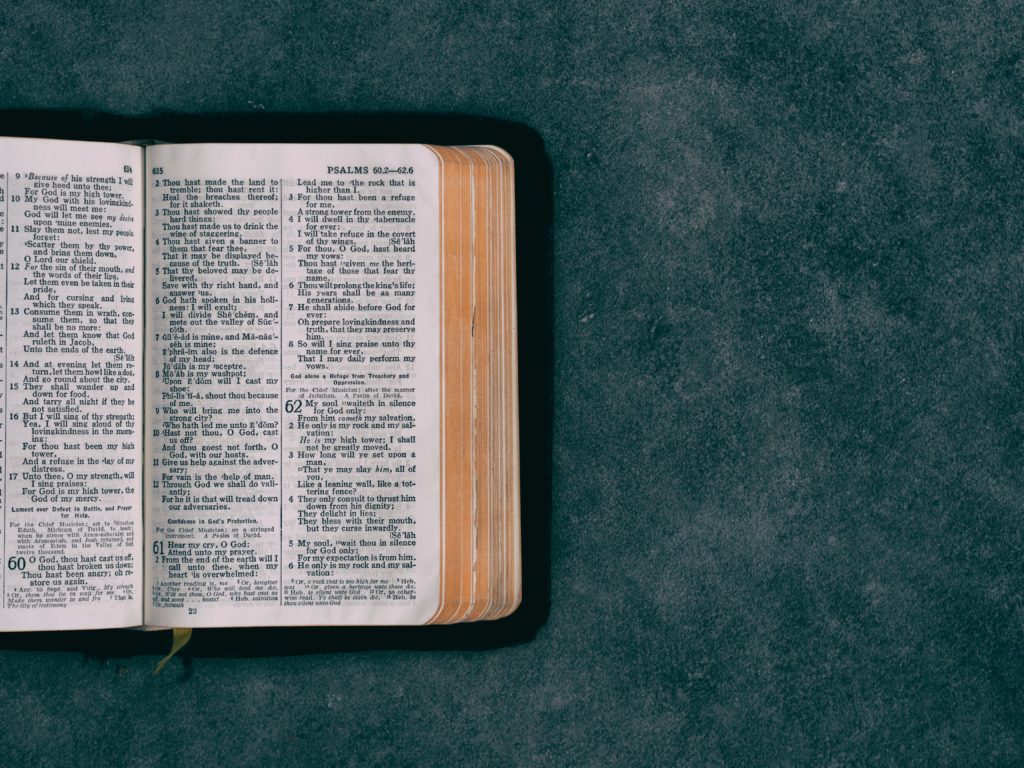 Impact investing is different from ESG and ethical investing because it attempts to be socially responsible with a clear, unambiguous action or ‘impact’.

In other words, a strong sense of ‘mission’ is often attached to impact investment.

This tight focus means they’re appealing to investors who want to feel they’re not damaging our environment in any way – as well as for people who want to be clear of knowing precisely where their money is going (not the case in all investing).

So impact investing is partly about screening out all potential for damage, deploying private capital carefully for positive change.

No surprise that is garnering much support and interest from millennials closely engaged with social issues – what is the best way for me to align my investments with my own goals and values?

‘Greenwashing’ – is it a thing?

No hiding: scrutinising corporate information can be quick when you know where to look; Photo credit: Hannah Wei

Good behaviour and good performance don’t always go together. The nature of ‘efficient markets’ means the share price of well-run companies can sometimes be higher.

Not always, though. Some sectors simply become unfashionable and exceptionally well-run companies in ‘dull’ areas can get overlooked.

But the really big advantage of investing ethically is that such companies often swerve legal and political risk. Or at least, reduce their exposure to legal action. The threat of climate change means, inevitably, that carbon stocks in the future will face more regulatory and legal hurdles.

The world is changing: getting in on trends – the curbing of plastic waste and an increased interest in water sanitation, for example – will likely continue to pay off for some investors.

Health and well-being is another strong future trend. Not to mention more interest in pollution prevention. There is a lot of sifting to do, admittedly.

But your decision-making should also be guided by your own version of what is ‘ethical’. As we’ve tried to show, there are several versions! 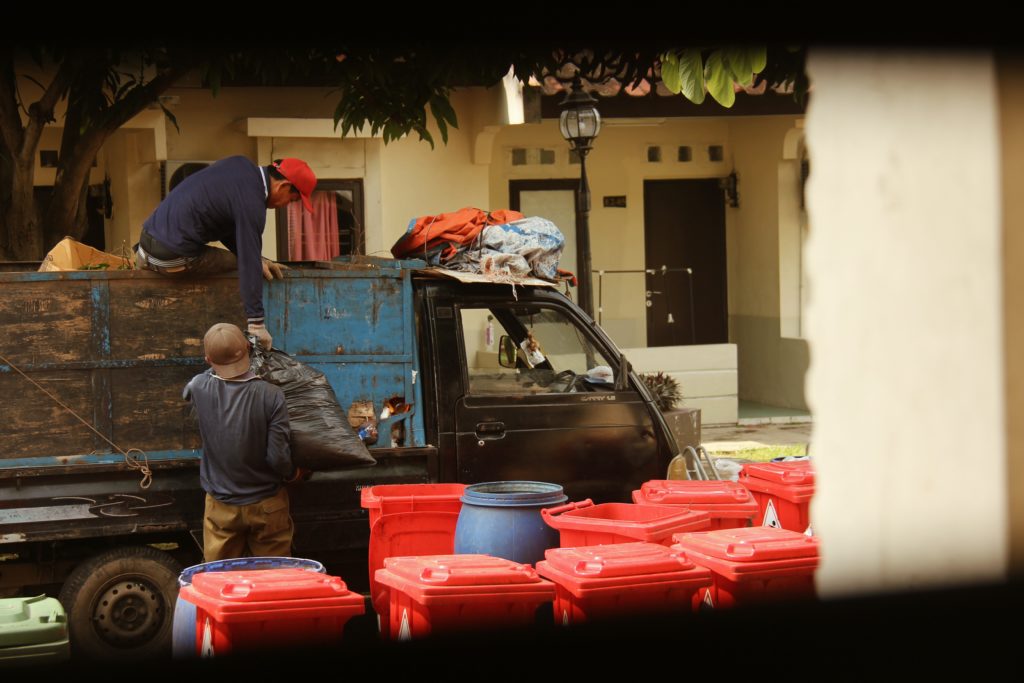 Money in the muck: waste and recycling is a global investment opportunity; Photo credit: Rizkyta Putri

Does the City ‘get’ green investing?

Yes, though it is an on-going journey. In January 2020 a letter from the head of the world’s biggest asset manager, Laurence Fink at BlackRock, sent a blunt message to the global financial community.

What will happen to the 30-year mortgage – a key building block of finance – if lenders can’t estimate the impact of climate risk over such a long timeline, and if there is no viable market for flood or fire insurance in impacted areas?

What happens to inflation, and in turn interest rates, if the cost of food climbs from drought and flooding? How can we model economic growth if emerging markets see their productivity decline due to extreme heat and other climate impacts? 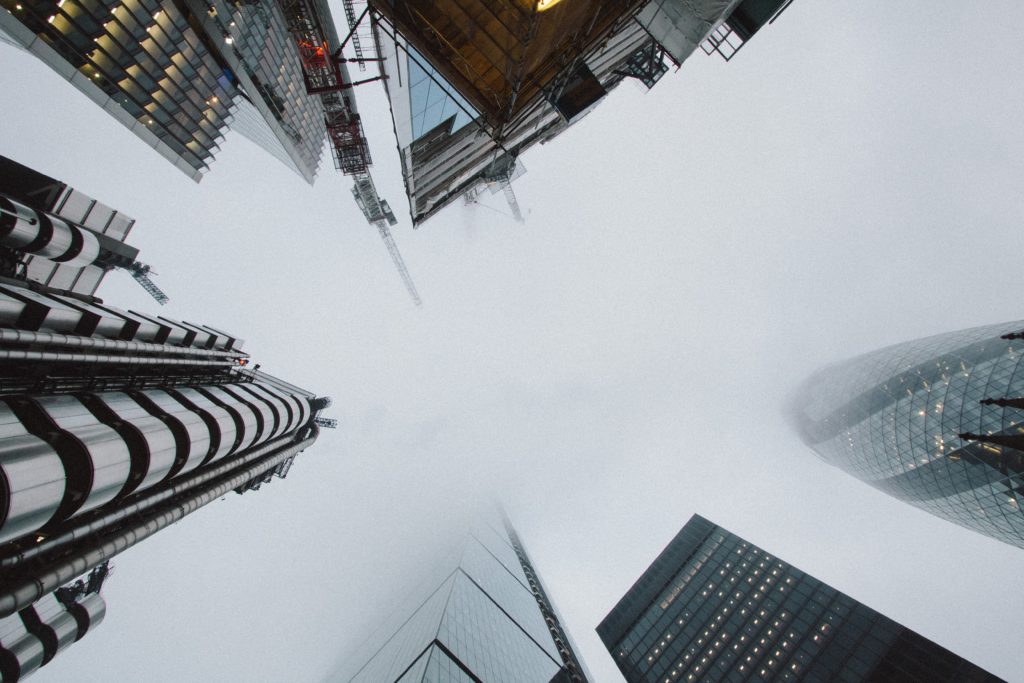 While climate change has become much more accepted – even fashionable – many ecologists are more worried by shrinking biodiversity, pesticide pollution, and habitat destruction. An area, not mainstream – yet.

Since 1970 humanity has wiped out 60% of mammals, birds, fish, and reptiles claim a Living Planet report by WWF.

Few people talked of ‘climate crisis’ back in the 1970s. Ecologists, mainly, talked of ‘global warming’. The views of a small but growing number of environmentalists were often disparaged. Their views are far more mainstream now. 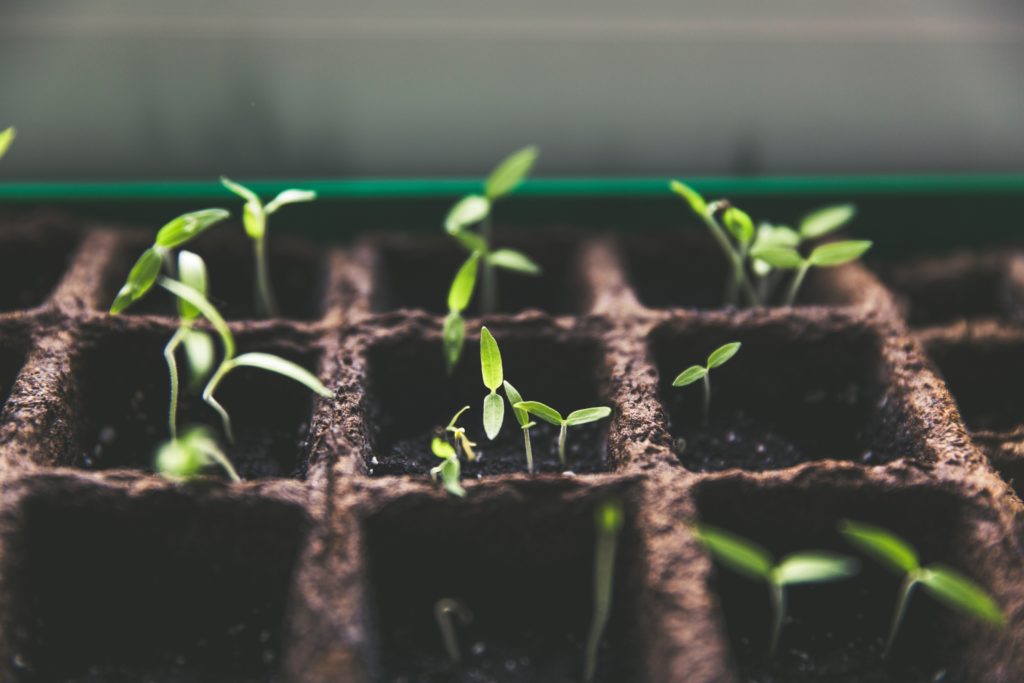 What is green investing?

Green investing, is a form of socially responsible investing where investments are made in companies that support or provide environmentally friendly products and practices.

What are ethical investment funds?

An ethical investment fund aims to achieve positive returns for investors while effecting positive change for the environment. The choice of investments is influenced by a number of factors, and money is only invested in responsible companies that meet strict social, environmental and ethical criteria.

Is CSR the same as ESG?

In a nutshell, CSR represents a company's efforts to have a positive impact on its employees, consumers, the environment and the wider community. ESG, on the other hand, measures these activities to arrive at a more precise assessment of a company's actions.

Why is ESG important?

ESG factors are often used by investors who seek to reward and influence a company's long-term health. For many investors, understanding the ESG factors of a company helps them understand the corporate purpose, strategy, and general management quality.